Had seen many bloggers busy updating their portfolio recently right after the last day of June , allow me to come and join the party.

Thank GOD , there was no market crash in 1st HF of 2017 and in fact STI has outperformed many regional peers with returned of close to 13% YTD ( excluding Dividend Yield of around 3-3.5 % which is also one of the highest among Asian bourses ) .

My New Worth ( Including Dividend & Interest received ) increased by 16.7 % which I think is quite in line with market ( STI + Dividend return ) but If I have added in the CPF outstanding , my net worth will drop to only +14% as CPF’s average interest was around 3.3 % ( combine of 3 accounts ).

I am really happy to see such 1st HF result which is in line with market and we should not expect this double digit growth of performance to continue as nobody really know where the market will be heading in 2nd HF of the year. We may end up with negative return if there is any major market correction happen in 2nd half  of 2017 , but allow me to enjoy and be happy with this so called “ wealth effect “ for time being …. J

What is 'The Wealth Effect'

The wealth effect is the premise that when the value of stock portfolios rises due to escalating stock prices, investors feel more comfortable and secure about their wealth, causing them to spend more. For example, economists in 1968 were baffled when a 10% tax hike failed to slow down consumer spending. Later this continued spending was attributed to the wealth effect; while disposable income fell as a result of increased taxes, wealth rose sharply as the stock market moved up. Undaunted, consumers continued their spending spree.

BREAKING DOWN 'The Wealth Effect'

The wealth effect helps to power economies during bull markets. Big gains in people's portfolios can make them feel more secure about their wealth and their spending. However, the relationship between spending and stock market performance is a double-edged sword as poor stock prices in bear markets hurt economic confidence.

The wealth effect refers to the psychological effect of asset value increases, such as those experienced during a bull market, on spending patterns. The concept focuses on how the feelings of security, referred to as consumer confidence, bolstered by the rising value of assets, such as investment portfolios and real estate, lead to higher levels of spending, correlating with lower levels of saving. These changes are said to be seen regardless of changes in discretionary income, in either a positive or negative direction.

The theory can be applied to both business and personal spending. Suggested increases in hiring and capital expenses increase as businesses become more secure in a similar fashion to that observed on the consumer side.

Well , I will not be spending more than usual even with this “wealth effect “  and increasing net worth due to favorable market conditions.

How about you ? will you be spending more ( in luxury items ) in seeing your portfolio’s value increased during this bull market ?

"It’s not your salary that makes you rich, It’s your spending habits.”  By Charles A. Jaffe 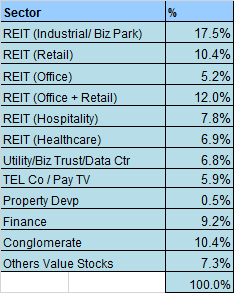 One stock OUT from my portfolio was HPH Trust and I have blog about my trade review  ( here ) as such , I will not repeat again. As for the IN stock , I have added 3 more stocks in my portfolio after my last purchased of ComfortDelGro in May.

These ( SPH, ComfortDelGro , SIN Post ( use to be in STI) ) are the 3 blue chips which among the favorite of investors and likely to be in your portfolio in view of “investment moat “ they have ,aka of monopolistic business to some extend . All are now facing their respective challenges due to “digital disruption “ for ( SPH and ComfortDelGro)  or business re-engineering like case of SIN Post .

I am not so sure if these “ fallen angels “ would survive at the end of the day or instead ,I am catching the “falling knife “ and hurt myself eventually. Only time will tell…

At this point of time , many arguments on the +ve or –ve point of view among analyst , investors or speculators on these stocks ….and again , I will not justify my purchase here as I always mentioned and quoted :

"One of the funny things about the stock market is that every time one person buys, another sells, and both think they are astute." - William Feather.

Disclaimer :  This is NOT a call to buy or sell of any stocks mentioned above , it is just for illustration purpose , please DYODD ( Do You Own Due Diligence ) prior using or acting on any information given.
digital disruption portfolio management The Wealth Effect 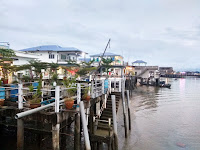 December was a busy month for me as we went to “Kukup-Malaysia” for our family gathering after returning from Hokkaido, also another staycation at JB right after the Kukup trip.Since next week will be another busy week for me with Christmas gathering and preparing my younger daughter’s entering to secondary school, I would like to give a brief and quick update of my portfolio performance for 2019.


As compared to 2018 where we have seen market (STI) down by almost -10% , I guess 2019 will be a good one for most of us , especially for those with more REITs in their portfolio. REITs have good run in 2019 after FED decided to have 180% change in their interest rate direction with 3 rates cut compared to rate increased in 2018, this has resulted FTSE S-REIT gone up by +23.4% YTD.


2019 was an eventful year other than seeing FED’s stance change , we have seen market was very volatile with up and down whenever we have positive or negative “tweet” from President Trump. Although with much unce…
Read more

Stock Markets : Too Calm To Be True ! 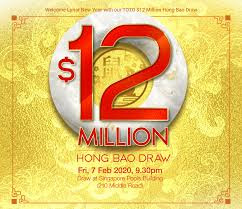 Global stocks market continue to soar with optimism build in after US-China signed the “phase one” trade deal in White House with China agreed to buy additional hundreds of billions of US products. Even before the signing of trade deal, market seems very calm which we can see from strong and quick rebound after attacked of oil processing facilities in Saudi in Sep 2019 and a “high tech “ assassination of Iran's top Army General Qasem Soleimani on 3rd Jan 2020 by US arm force in Iraq. It seems that geopolitical risk does not deter market to keep hitting the new high. 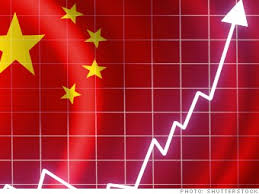 Nobody likes to pay tax and try to avoid or minimize it as much as possible , tax could be a huge cost component” and it reduce our overall rate of returns, especially if like we would have to pay 20-30% of withholding tax for capital gain or dividend income for investing in certain countries.
As you know, I have just started to invest in HKG/CHN market since Sep 2019 and still learning on different classes structure and tax issues on investing in China related companies through HKEX.

What If Everyone only invested in Index ETF ? 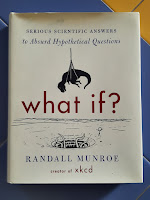 This is a fascinating and interesting book by Randall Munroe , a former NASA roboticist with a degree in Physics and also the author of xkcd:volume 0( a stick-figure webcomic ).

Munroe get thousands of questions submitted by readers and he answers a modest subset of those that not only pique his interest but are amusing and offer the potential to use real science to explore concepts, the world around us, and day-to-day mysteries of life and the universe. 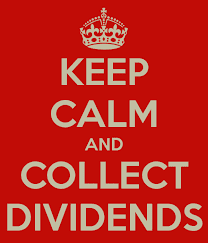 幸福感是一种个体的心理体验，每个人的幸福点不同。 Like personal finance, we have our own preferences in choosing things that make us happy. Some like to own “luxury items “, some prefer having bigger house or driving a big car and others may just like to enjoy good food or best cuisine. As you know, holidays is our biggest expenses every year since STE and Mrs like to travel. This year, we have our family trip to Hokkaido and we really enjoyed the nice scenery , foods and of course experiencing different culture of Japan. Like Investing, it is the journey during the holidays that we enjoy the most as I like to sit quietly at the back of the bus and taking photos. Sometimes, the scenery at the destination may not appear as what we have expected due to weather change and full of unexpected events or incidents. For example, due strong winds , we were not be able to take the cable car to enjoy the spectacular night view of Hakodate city from the mountain. Similarly, in investing , is the journey of “analysing “ and…
Read more

Time flies , 1st quarter 2019 just passed in the blink of an eye , I am sure most of us have good return on your investment as STI has achieved +4.9% returns YTD.
My portfolio managed to outperform STI with returns of 9.7% YTD , thanks to most of the REITs and some other counters like Global Investment and Comfort DelGro.
Read more 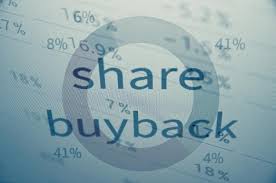 If you may notice , I think K-Reit is the only REIT that is actively buying back its own share among all REITs listed on SGX.

I fully understand the benefit of “share buy-back “ as it has been carried out by many companies who see the value of their share when the price might be temporary plummeted due to market condition or caused by certain bad news.

Building Your Own ATM Machine ! 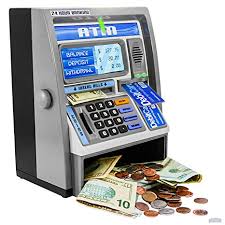 Sometimes my friends or even relative just wonder how I could survive without working or having “active income” for the past 4 years. I told them that I have my own “ATM Machine “that will generate a consistent cash flow , quarter by quarter , or course sometime I can withdraw more money from this ATM and sometimes less. It has consistently giving me the cash without fail even during GFC ( Global Financial Crisis), it just a matter of given out more or less.
Yes, it is dividend pay- out from my shareholding which I’m depending on since 2016 to pay for my monthly expenses and holidays. Of course I’m not saying is easy to build this ATM Machine, it take long time ( very long ,almost 20 years for me ) with hard work and saving , investing and reinvesting on the dividend received…taking advantage of the power of “compounding effect“ as well as spend within your mean ( try to avoid “Lifestyle Inflation“ ).
Read more

HYFLUX Scheme Of Arrangement (SOA) : Yes or No ? 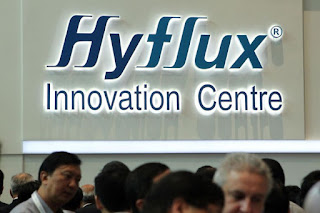 **Disclaimer : I am vested with $127,000 in Hyflux 6% CPS, my views and opinions expressed here might be biased to some extent , please do your own due diligence when acting or using the info as presented below.

When REITs Lead To Large Losses 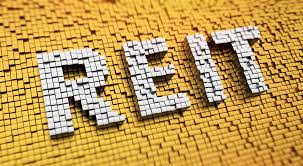 Summary
REITs are famous for being defensive income-producing investments. There exists, however, a lot of landmines that can lead to massive losses. We explore the most common reasons that lead to large losses in the REIT sector. Finally, we present how we seek to avoid landmines at High Yield Landlord.
Generally speaking, REITs are famous for three things:
·They pay high dividends. ·They are defensive investments. ·They tend to outperform in the long run: